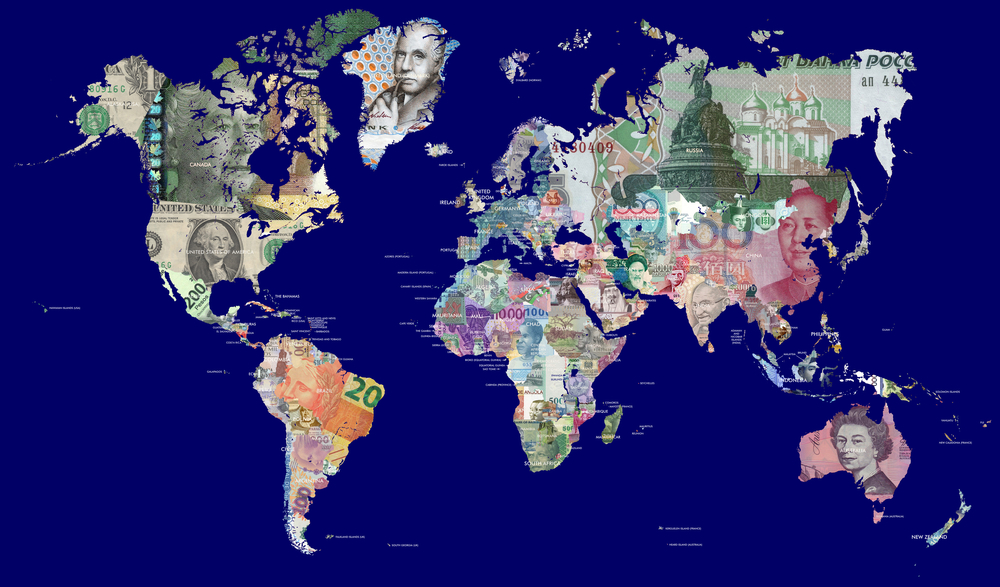 R
Europe and Russia:
what now?

The COVID-19 pandemic, the political crisis in Belarus, and the Navalny incident have made 2020 the most complicated year in EU-Russia relations since 2014. The EU-Russia Expert Network on Foreign Policy (EUREN) spent time this year reflecting upon "Alternative futures of EU-Russia relations in 2030". We also encouraged our members to share their views on present developments. This EUREN Brief is part of a series about the question "EU-Russia relations – what now?". See also the contributions by David Cadier, Sabine Fischer, Tatiana Romanova, Hanna Smith, Ivan Timofeev, Sergey Utkin, Ernest Wyciszkiewicz.

ussia and Europe have always had a particular importance for each other's survival, but the fundamental questions concerning their relationship are discussed less than might be expected. The biggest question is whether to include Russia in the European balance of power, which constitutes the basis for European integration. The current poor relations between Moscow and the key European powers derive from the failure of previous attempts to create convincing prerequisites. At the same time, the way both sides react to the each other indicates that the relationship is acquiring a new quality. Our most acute colleagues have already reported this in recent months.

As we know, most Russian experts close to the government agree that the dialogue between Russia and Europe has very limited potential. It has become a commonplace to believe that Europe is plagued by multiple internal problems and that its leaders are mostly concerned with preserving the achievements of integration. Alongside its lack of global capacity, this makes the European Union a difficult and unattractive partner. There is no doubt that our European colleagues could find comparable arguments that Russia is not ready for constructive interaction either.

At the same time, factors that inspire optimism also exist. The quarantine measures imposed all over the world affect personal contacts and institutional opportunities for dialogue, but not major economic processes. For example, completion of the Nord Stream 2 pipeline is a matter of national prestige end economic independence for both sides. The project will surely be completed, and European investments will keep on flowing to those sectors of the Russian economy that prosper under current conditions.

But probably the best news is that EU-Russia relations are no longer moving in the direction that led them into crisis. First, while elaborating their foreign policy strategies, both are no longer obliged to seek a solution to the abovementioned problem of including Russia in the EU balance of power and the European institutions. It is not plausible that Moscow is seeking to achieve dominance in Europe or to join the European "concert" of democratic nations. The steady strengthening of Russia-China relations and the gradual shift of Russia's strategic center of gravity to the East relieve Moscow of the necessity to solve its "European problem". Russia dealt with it for, at least, 300 years, so that it was always an important challenge for European stability.

The European states are gradually setting new strategic goals, first and foremost preserving the independence of their foreign policy in the changing global context. The period of external expansion finished when the European Union reached most of Europe's natural borders. The calm reaction of key European powers to the internal political crisis in Belarus derives not only from the absence of infrastructure on the ground or from an understanding of Russia's determination. As quite a compact country, Belarus could theoretically find a place in Europe. But despite massive discontent with Lukashenka's rule, it is unlikely that Belarussians would be as unanimous in choosing the EU as Ukrainians seemed to be. The EU's response to the events in Belarus in August and September 2020 was determined by the lack of internal backing for further expansion, even if in the short term some EU members, like Poland, will work to radicalize protests there.

Russia, for its part, has dropped ideas of rearranging the European order to acquire a place commensurate to its power. Isolationist voices that emerged in the Russian foreign policy debate during the pandemic are growing stronger amid fears that Russia could be dragged into the growing conflict between China and the United States. Proposals to reduce political contacts with Europe fell on open ears in Russia and were echoed by the Russian foreign minister in September 2020. His statement was widely noted in the media, because Moscow traditionally stood for the continuation of political dialogue in any conflict situation. In fact, on the very day when Sergey Lavrov announced that communications with Europe might be put on hold, one of his deputies held consultations with EU representatives in Brussels.

This sequence of events gives grounds for hope that the Russian Ministry of Foreign Affairs and the European Commission will maintain contacts and inform each other on the issues that require cooperation. At the same time, in the next five to seven years we should not expect even a partial restoration of the numerous working formats on specific interaction issues that were created under the 1997 Partnership and Cooperation Agreement and other joint resolutions. The same obviously also applies to the EU-Russia summits, which had exhausted their potential some years before the beginning of the Ukraine crisis.

The fragmentary contacts between Brussels and Eurasian Economic Union bodies represent a separate area, where Russian and EU interests intertwine. In the coming years this multilateral cooperation project will stagnate, but the representatives of its executive body, the Eurasian Economic Commission, are already involved in some issues concerning foreign economic activities. These forms of dialogue will be both necessary and sufficient to achieve any goals Russia and Europe may set beyond the outdated "trust and integration" paradigm.

The fragmentary contacts between Brussels and Eurasian Economic Union bodies represent a separate area, where Russian and EU interests intertwine

New dynamics are emerging in economic relations between Russia and EU members. Three leading EU economies – Germany, France, and Italy – increased their presence in Russia between 2015 and 2019. Italy was the most active: its FDI stock grew 5.4 times, whereas French FDI stock increased 2.2 times and German 1.6 times. In 2018 France overtook Germany in terms of FDI stock (see Fig. 1). At the end of 2019, France and Germany ranked second and third in terms of FDI stock in Russia with $22.4 billion and $20.4 billion respectively, while Italy was seventh with $5.2 billion. France and Italy were the most active investors in the Russian economy, and their share of FDI stock grew. France increased its share from 3.8 percent in 2015 to 4.5 percent in 2019, Italy from 0.4 to 1 percent in the same period.

Germany lagged behind. The dollar volume of Germany's FDI stock grew, but its share Russia decreased because the rest of the world invested more actively in Russia: during this period the total FDI stock grew 1.9 times, while the German stock increased only 1.6 times. We can expect that in the coming years investment in manufacturing will continue, to serve not only the Russian market, but also the markets of EAEU and Asian countries. Constantly improving transport and logistics connectivity between Russian and Asian markets facilitates this process. If the Russian government chooses to expand mutual economic openness with China, such investments will become even more profitable.

In terms of international politics, the conditional "demarcation line" between the EU and Russia interests looks clearer today than at any time over the past thirty years. Ukraine will remain a disputed territory where European and Russian interests will alternately prevail. As the recent local elections show, the Ukrainian population has no clear preference for any political force that stands for the "European choice". Even if the military events of 2014–15 mean that Moscow cannot count on a friendly stance in Kyiv in the next ten to fifteen years, Ukraine will retain a dual geopolitical position.

With regard to Belarus, Russia and Germany share a particular responsibility. They must facilitate gradual constitutional reforms and neutralize any attempt by neighboring countries to bring about radical changes outside the legal framework. Recent events allowed Russia and Europe to clarify their intentions concerning their common neighbors. Prerequisites for a partial deconfliction of EU-Russia relations are being created: the potential for conflict will decrease as there will be fewer areas where interests clash directly. Altogether security issues of fundamental importance are disappearing from the agenda of Russia and the EU countries.

All these factors create a basis for relatively healthy relations, which could help Europe and Russia "pass the time" while waiting for the emergence of more institutionalized forms of interaction. Both have the necessary reserves to use this time to their advantage: for example, interaction in the academic sphere, in particular in the social sciences, is strikingly underdeveloped. It is obvious that the coronavirus pandemic raises issues concerning the improvement of national health service systems, development of medicines and state regulation of the economy, but also the development of social relations. New challenges and opportunities are already placing the political systems of both the EU countries and Russia under stress (or will do so in the future). It is clear that there is currently strong competition in the field of education and few universities will be ready to join unequal partnerships. Their relevance to business and national security interests means that the natural sciences are also bound by multiple constraints.

Demographers, sociologists, economists and even academic political scientists in Russia and Europe face a great amount of problems, which could be investigated more effectively in a comparative context. We can expect a wave of research projects analyzing the 2020 events and their impact on society and state policies. It would be reasonable to address some issues which are relevant for both Russia and Europe. A long-term "conjugation" of Russian and European societies will be much more solid if the decision-makers take into account both national and wider international experience. Additionally, the development goals that Russia and Europe find themselves pursuing may be more similar than those of the United States, China, India, and major developing countries.

Since the Cold War Russia-Europe relations have never been isolated from the transatlantic context, but now they also depend on the Asian sphere of international politics

It is quite possible that international politics is entering a new era, a turning-point as significant as World War I. International politics is still determined by the "atomic order" established after World War II, or, as George Orwell put it, by a "peace that is no peace". The general shift of global centers of economic and political power cannot be reversed without military decisions that would be disastrous for mankind. The global struggle for resources between China and the United States determines our immediate future. The global balance of power that emerges from current trends will put Europe and Russia in the same boat, or at least very close to each other.

That is why, instead of making a clear choice, the European powers and Russia are trying to maintain close relations with all their privileged partners. This creates new foreign policy dependencies that both sides will have to take into account in their communication. Since the Cold War Russia-Europe relations have never been isolated from the transatlantic context, but now they also depend on the Asian sphere of international politics. The current balance of power does not allow Russia and Europe to talk about any goal more ambitious than a relatively non-conflictual neighborhood. But in one way or another the affinity of the political systems and societies will mitigate toward a joint search for a long-term development model.

The content of this paper is the sole responsibility of the author and does not represent the position of individual EUREN members or EUREN as a group.