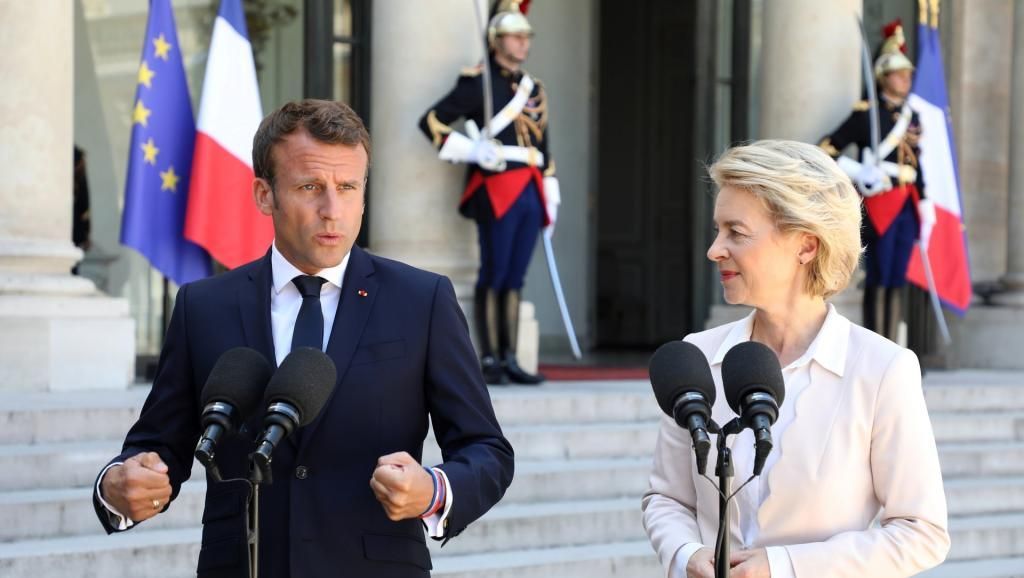 M
What the New EU Leadership Should Do About Russia

Macron is right about the need to see relations with Russia in the context of a changing international system. At the same time, there must be a sober assessment of what is and is not possible between the EU and Russia.

The EU's Russia policy is at a crossroads. A new European Commission has just taken office, and its president, Ursula von der Leyen, has declared she wants a "geopolitical commission" that takes note of the fundamental changes in the international system, thereby preserving the EU's key interest in democracy and a rule-based, multilateral international order.

Relations with Russia remain among the EU's biggest foreign policy challenges. They may be secondary in importance to the precarious transatlantic relationship or the rise of China, but Russia plays an important role in both of these areas—and in many other areas as well. When pondering how it should approach the EU's difficult eastern neighbor, the new leadership will also have to decide what to do about the policy advocated by former EU High Representative for Foreign Affairs and Security Policy Federica Mogherini since 2014, most notably her five guiding principles for EU policy toward Russia outlined in March 2016.

Those five principles are (1) the full implementation of the Minsk agreements aimed at ending the conflict in Ukraine's Donbas region as the key condition for any substantial change in the EU's stance toward Russia (including the lifting of Donbas-related sanctions); (2) closer relations with Russia's former Soviet neighbors, including Central Asia; (3) strengthening EU resilience to Russian threats such as in the area of energy security; (4) selective engagement with Russia on issues of interest to the EU; (5) the need to engage in people-to-people contacts and support Russian civil society.

These guiding principles have earned praise for being flexible and sufficiently balanced to keep on board member states with very different positions and interests vis-à-vis Russia. They have also been fiercely criticized for a lack of policy goals and strategic vision. A discussion about their future has yet to start in Brussels. After years of geopolitical conflict and Russia demonstratively sidelining EU institutions for the sake of relations with selected EU member states, most people in the EU capital eye Moscow with suspicion. It will be the task of the new leadership to start the debate about Russia.

At the level of EU member states, on the other hand, this debate is in full swing — thanks to recent steps taken by French President Emmanuel Macron, who has demanded on various occasions that Europe clarify its relationship with Russia. In the eyes of the French president, strategic competition between the United States and Russia is pushing Russia into China's orbit, in clear contradiction of European interests. Accordingly, Europe needs a new order of "trust and security," preferably including Russia, if it wants to stand its ground with regard to both China and the United States. This was the spirit in which Macron invited his Russian counterpart to southern France for a bilateral summit in August, and in which he sent the French ministers of foreign affairs and defense to Moscow for bilateral French-Russian consultations in September. France has also been pushing for progress in the Ukraine peace negotiations and hopes to host a Normandy Four summit in Paris on December 9, attended by representatives of Ukraine, Russia, France, and Germany.

After years of geopolitical conflict and Russia demonstratively sidelining EU institutions for the sake of relations with selected EU member states, most people in the EU capital eye Moscow with suspicion. It will be the task of the new leadership to start the debate about Russia

Paris keeps reassuring its European partners that it does not question the fundamentals of the EU's approach to Russia: namely that any substantial improvement of the relationship depends on tangible progress in the Donbas peace negotiations. Behind closed doors, however, French officials openly criticize the small-steps approach embodied in the five principles for not yielding any results, and argue that it needs to be replaced by a more ambitious policy.

Macron's initiative has elicited vocal reactions from inside the EU. Critics see it as dangerously soft and compromising on Russia, and question the premises it is based upon, particularly its reserved attitude to the United States. They also reject the possibility of finding common ground with Russia because of insurmountable differences over values, democracy, European security, and many other issues. France's bilateral overtures to Moscow have triggered concern in East-Central Europe. Macron's vetoing of accession talks with Albania and North Macedonia at the recent EU summit and his talk about NATO being brain-dead did little to soothe his skeptics.

After five years of relative unity, the EU is once again divided over its Russia policy. On one side of the current rift are those who see Russia as a primary security threat and, therefore, advocate containment. On the other side are those who call for engagement with Russia because they consider other challenges more important. The picture is further complicated by the rise of Euroskeptic forces who do not shy away from demonstrating their sympathies for the political leadership in Moscow. To make matters worse, the Franco-German tandem has been out of step throughout this year. Macron's leap forward was, among other things, an expression of impatience with what Paris perceives as Berlin's incessant navel-gazing and lack of responsiveness across the board. Berlin, on the other hand, views many of the French president's ideas — as well as his political style — with caution.

After five years of relative unity, the EU is once again divided over its Russia policy. On one side of the current rift are those who see Russia as a primary security threat and, therefore, advocate containment. On the other side are those who call for engagement with Russia because they consider other challenges more important

Actions taken by Ukraine have created their own dynamic. Volodymyr Zelensky, who won the 2019 presidential and parliamentary elections by a landslide, has taken impressive steps to fulfill one of his key campaign promises: to deliver peace in the Donbas. He has reengaged in talks with Moscow, thereby enabling a prisoner swap in September. He has also made good on Ukrainian withdrawal obligations dating from 2016. As a result, the Normandy Four summit seems to be on track to go ahead on December 9. The situation in the Donbas remains highly complicated and explosive, of course. Zelensky faces mounting internal resistance, which may at some point limit his ability to make concessions to Moscow. Crimea remains high on the Ukrainian political agenda, with no progress expected. But Zelensky's decisive steps clearly have paved the way for the first progress in years on the deplorable situation in the Donbas. They have also underpinned — at least from a French perspective — Macron's approach toward Russia.

The primary task of the new EU leadership will be to take up Macron's initiative promptly and channel it into a debate at the European level. This should be done with a clear understanding that no reciprocal actions are to be expected from Russian President Vladimir Putin, for three reasons.

First, Moscow is acting from a position of strength. Russian foreign policy has successfully overcome the international isolation imposed by the West in 2014. Four years after its intervention in the Syrian war, it is the most important external player in the Middle East. Political and economic relations with China have become a key pillar of Russia's foreign policy. The argument popular in Western capitals that all this is built on sand and that Russia is really only exploiting Western (U.S.) weaknesses is still true — and moot. Moscow feels vindicated in a world that is increasingly shaped by authoritarian strongmen relying on military power. As long as the West is weak, Russia will have ample opportunities to exploit this weakness.

Moscow feels vindicated in a world that is increasingly shaped by authoritarian strongmen relying on military power. As long as the West is weak, Russia will have ample opportunities to exploit this weakness

Secondly, Moscow does not take the EU seriously. From a Russian perspective, the EU has never been much more than an appendix of the United States. Hence the tendency to cold-shoulder EU institutions in Brussels, focus on bilateral relations with selected EU member states, and undermine EU unity. Transatlantic disunity only underpins this view and approach. This does not mean that there is no interest in economic cooperation with the EU. It does not even mean that there are no political actors who understand that the costs of Russia's current foreign policy undermine the country's economic development. But they do not have authoritative voices in the decisionmaking process.

Thirdly, neither Russia's domestic politics nor its foreign policy are likely to change before or even after the presidential election in 2024. Economic stagnation and growing discontent in Russian society are clearly putting more pressure on the political leadership than a few years ago. Recent polls show that there is no appetite for a more costly foreign policy. While this may discourage drastic steps in the future, there is no indication that the leadership may be considering a change of direction on the domestic or international level. On the contrary, the situation inside the country is becoming more and more repressive. Moscow is not likely to compromise on foreign policy positions already taken. Compromise, in the Russian reading, is a sign of weakness, and weakness is something that the Russian leadership cannot allow itself with regard to either its domestic or foreign audience: see Moscow's attitude to Zelensky's actions on the Donbas, and the lukewarm reaction to Macron's overtures. The Normandy Four Summit on December 9 will be a litmus test of what Moscow is prepared to offer — but expectations should be held in check.

Macron is right about the need to see relations with Russia in the context of a changing international system. The EU should work from this strategic perspective, which is often lacking in its debates and policies. At the same time, any reflection has to start from a sober assessment of what is and is not possible between the EU and Russia. For this, each of the five principles remains of key importance. The new EU leadership needs to initiate an internal debate at the highest level to mitigate the recent divisions and achieve a reunited position on Russia.