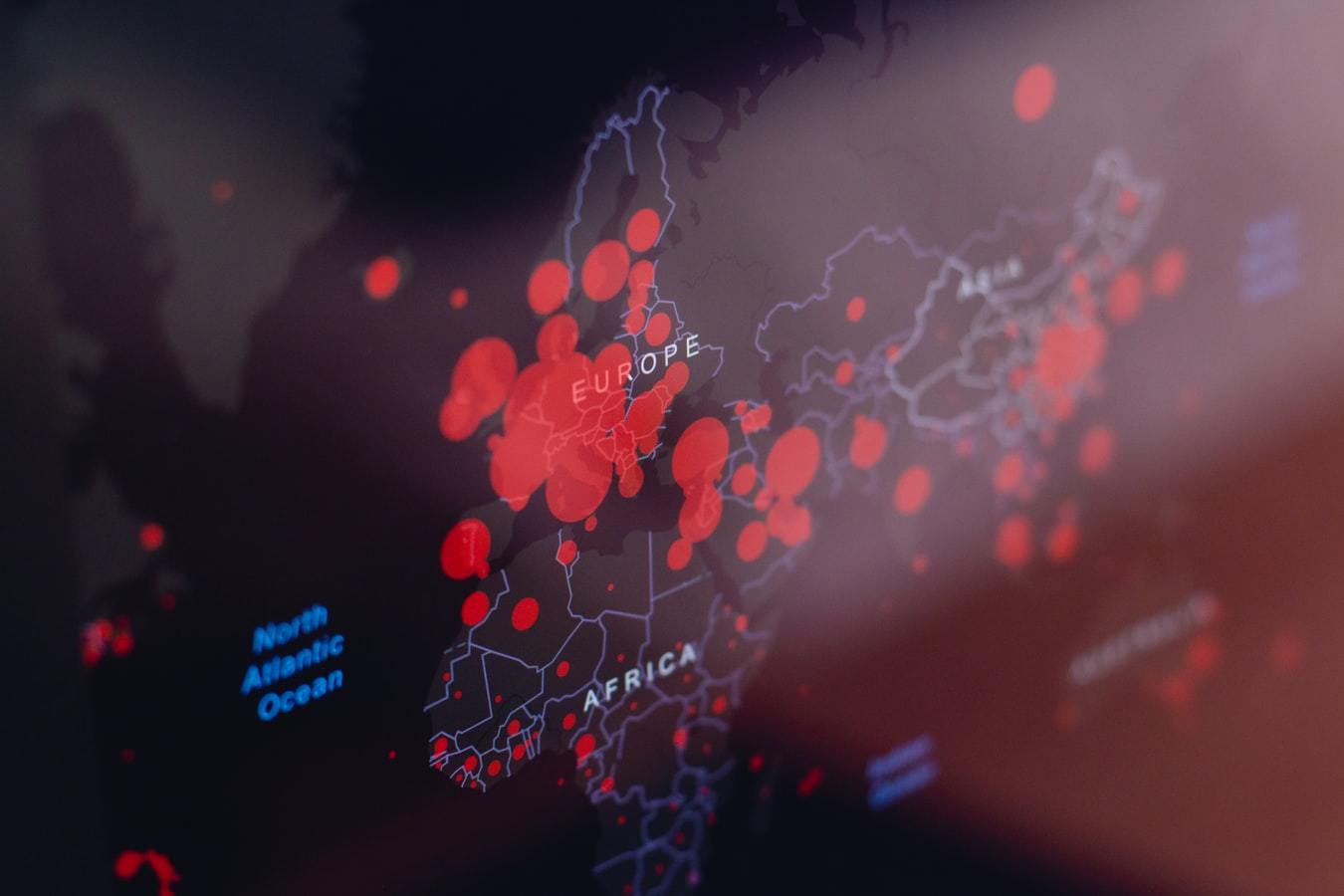 T
What will be the impact of the pandemic on the EU and Russia?
Part 3: Common and contested neighbourhood

The COVID-19 pandemic has changed our lives beyond recognition. It has disrupted relations within and between states and societies throughout the world, including between the EU and Russia. Moreover, the virus fully absorbs peoples' minds and leaves little space for the reflection about the post-pandemic future.

The EU-Russia Expert Network is in a unique place to start such a reflection process. Over the coming weeks our members will discuss here how the pandemic impacts on the EU and Russia. How will it change the fabric of their political, economic and societal relations? How will it affect their common and contested neighbourhood and their international context? What can and should both sides do to control the damage and prepare for a future that is likely to be quite different from what we imagined just a few weeks ago?

EUREN Members Answer
1 June 2020
The COVID-19 pandemic is absorbing political attention and economic resources in both the EU and Russia, which will affect foreign policy capacities and priorities. What does this mean for Russian and EU policies in the common and contested neighbourhood? What are the prospects for the EU's Eastern Partnership Policy? What are the consequences for the Eurasian Economic Union and other integration structures within the post-Soviet space that are backed by Russia? Will the pandemic ease or aggravate EU-Russian competition for this geographical area?

Unlike the financial and economic crisis of 2008, the COVID-19 pandemic fosters de-globalization and fragmentation. In the six years since 2014, Russia and the EU have not been able to overcome the confrontational degradation in their relations. This is largely related to their rivalry in the "common neighborhood". In the current COVID-19 turbulence, both sides are preoccupied with internal consolidation, and do not consider the pandemic as a window of opportunity for rapprochement.

Many in the EU continue to insist that Moscow is a destabilizing factor that negatively affects European cohesion. The formula that "the EU must focus on winning hearts and minds" to survive requires a particular steadfastness in counteracting Russian assertiveness.

Russia strives to prevent the erosion of Eurasian integration and its leading position in it. The May 19 summit of the Eurasian Economic Union demonstrated, however, how difficult it is for its member states to find an agreement. This forces Russia to zoom in on risk factors for Eurasian integration projects, including the EU's Eastern Partnership policy (EaP).

At the same time, the pandemic has interrupted strategic policies towards the region. This includes the EU's pursuit of stronger relations with its Eastern partners and the Central Asian countries - which is also part of the "Five guiding principles" for the EU's policy towards Russia. The rather technocratic conclusions of the May 2020 EU Council about the EaP underlined the EU's restraint under the multifaceted pressure of the pandemic.

Moscow, too, is preoccupied with its domestic stability while carrying out a "big" constitutional reform. It strives to curb external risks, such as unfavorable financial and economic conditions, problems in the relations with its Eurasian partners and the confrontational inertia with NATO and the US. The wait and see attitude that Moscow and Brussels are forced to take reduces the prospects of what the EU calls "selective engagement", which should include structured political dialogue, including on the Minsk Agreements and other post-Soviet protracted conflicts.

The EU and Russia undertake simultaneous but separate efforts to ensure internal stability, political cohesion and their respective integration efforts in their contested "common neighbourhood". This is likely to increase the risk of geopolitical competition. Moreover, with their centers of gravity shifting towards the increasingly confrontational great powers China and the US, Moscow and Brussels will see each other less and less as potential partners, especially in their space of "common rivalry".

The EU's Eastern Partnership policy is unlikely to become substantially more ambitious in the years to come. This is not a consequence of the pandemic, but rather of a policy shift in the mid-2010s, following the ENP review. It does not mean, however, that the EU will scale back its involvement in the region.

The Eastern Partnership post-2020 will remain embedded in the pragmatic approach that was initiated by the 2015 ENP review. The EU will primarily seek to deliver tangible results in the areas that were outlined in 2017 in the "20 Deliverables for 2020". The EU's response to the pandemic in EaP countries (i.e. the mobilisation of an emergency support package for all 6 countries) follows this result-oriented approach.

At the same time, the Eastern Partnership will return to the fundamentals. Democracy, human rights and the rule of law will be key priorities, not least because they remain substantial challenges for all EaP countries.

The global pandemic puts the Eurasian integration process to the test. It may deepen divergences between EAEU members about future integration. Admittedly, this is a problem the EAEU shares with other regional organisations, including with the EU.

However, in the EAEU's case, disagreements among member states and, ultimately, their reluctance to limit their sovereignty have undermined any substantial progress on further integration. To be sure, the shock caused by the pandemic could just as well boost integration. But the EAEU summit on May 19th glaringly exposed the disagreements between member states on the Union's strategic orientation in the next five years. Therefore, more stagnation can be expected in the near future.

The COVID-19 pandemic is likely to affect EU-Russia interaction in the region. Interestingly, it could either foster cooperation or fuel rivalry in the region.

Whether cooperation, coexistence or competition prevails will depend primarily on the pandemic's effect on the EU's and Russia's political systems and economies. In the absence of any substantial domestic change, EU-Russia interaction is unlikely to depart from the current coexistence-competition pendulum. EU-Russia relations will also remain sensitive to domestic developments in the Eastern European and South Caucasus countries and, increasingly, to global dynamics and US-China relations. However, despite being permeated by both local and global dynamics, EU-Russia interaction will remain critical in addressing the challenges in Eastern Europe and the South Caucasus.

In the short to medium term, the pandemic will not critically affect the state of affairs regarding the Russia-EU tug of war in the common neighbourhood. The EU will not withdraw from its eastern periphery, despite the obvious refocus of priorities on the pandemic and issues "closer to home". The Eastern Partnership will continue as a set of technical projects that aim to bring partners closer, even though the difference between EU members and their partners will only become more pronounced, while the "corona" assistance provided may improve the EU's image somewhat in the region.

In turn, the Eurasian Economic Union is largely displaying its irrelevance during the pandemic and does not offer resources that could help its member states to withstand the shock. EAEU is suffering from a lack of leadership, as its institutions do not have enough competences for addressing the crisis, whereas Russia is reluctant to spend its money on helping the partners. In light of the pandemic, EAEU looks even less convincing as a prospective partner for the dialogue with the EU.

The Russian-Ukrainian conflict will keep its centrality in the regional context. Moscow does not seem to feel any need to revise its approach to the war in Donbas, let alone the annexation of Crimea, and without that it would be difficult to expect – and argue for – a significant change in the EU position. Implementation of the Minsk agreements and resolution of the conflict on the basis of the special status of the breakaway entities is impossible as it would undermine stability inside Ukraine, which makes any pressure by European capitals on Kyiv futile. The situation, however, could escalate. Ukraine will be significantly economically weakened by the crisis, while growing dependence on international financial institutions and the rise of populism could undermine Ukraine's leadership from inside. If that occurred, Moscow might choose to increase its military and political pressure on Volodymir Zelenskiy, calculating that he will not be able to stand it. EU should be aware of this escalation scenario and signal in advance that it would, if necessary, be ready to act firmly to prevent it.