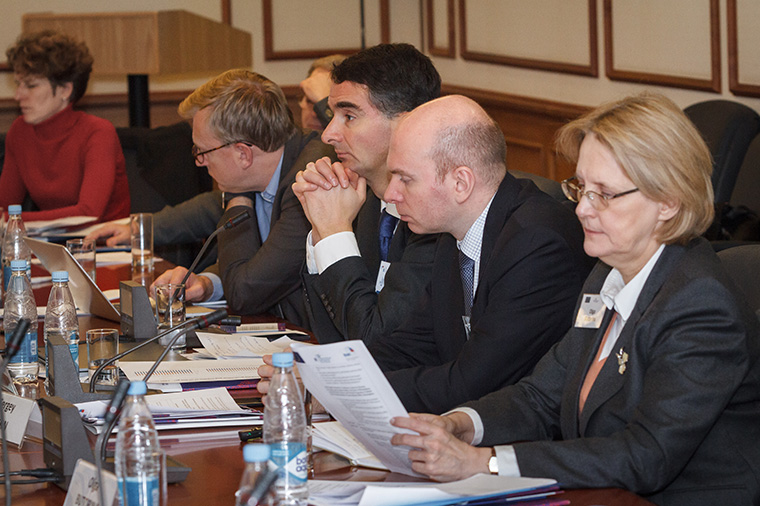 5th EUREN Meeting
Prospects for Economic interaction between the EU and Russia
conomic ties remain a crucial dimension in the relationship between the EU and Russia. Russia's trade with the world has sharply contracted in recent years, and so has its trade with the EU, but Russia is still the EU's fourth trading partner, and the EU is Russia's first. EU countries are an important source of foreign direct investment into Russia, representing around 75% of the overall investment stock. However, the relationship is affected by multiple technical and economic barriers which have become more serious over the past few years.

The political crisis over Ukraine and mutual sanctions have affected economic relations between the two partners, but the divergences started well before that. Negotiations on a new agreement, including a framework regulating bilateral trade and investment, stalled in 2012 (and were later formally suspended by the EU in March 2014). Mutual trade and investments reached a peak in 2012 – the year of Russia's accession to the WTO – but then started to decline shortly afterwards. Trade between the EU and Russia reflects each party's economic structures and competitive advantages, with the EU exporting machinery and transport equipment, chemicals, medicines and agricultural products to Russia, while Russian exports to the EU are still dominated by raw materials, notably oil and gas.

Meanwhile, the EU has developed an extensive network of economic agreements across every continent, including preferential and non-preferential trade agreements with countries in the EU's and Russia's neighbourhood. Russia is pursuing its Eurasian integration path and working to develop trade relations with China and other partners, while economic exchanges with a number of traditional neighbouring partners are strained.

While the introduction of economic restrictions in 2014, as a result of the crisis in Ukraine, attracted much attention, there is a lack of discussion on the more fundamental trends and underlying factors that can determine the trajectory of EU-Russian economic relations, and their relations with other countries in the region.
Programme
Chronicle
About us
News
EUREN Meetings
Analytics
Facebook
Twitter
Flickr